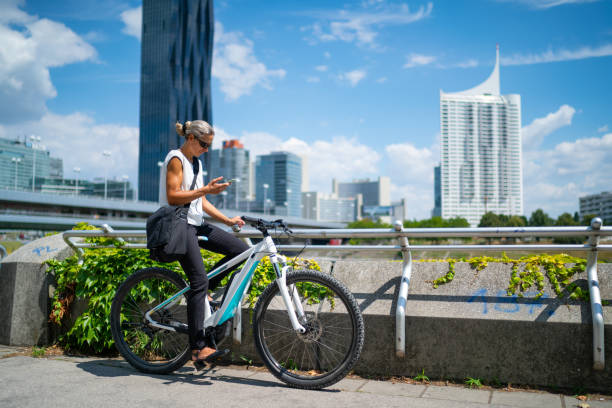 This article is all about electric bike enthusiasts. We do not necessarily have the same point of view, but we thought it would be interesting to write an article dedicated to this means of transport, which I do not talk about very much on this blog.

For cycling purists, the electric bike is often considered easy or a demonstration of laziness.

Indeed, what is the point of paying for an overpriced electric bike when, for a quarter of the price, we can have a classic bike, often enough to get us back to work

Why opt for an electric bike?

Here, we won't necessarily be talking about classic arguments like “ it's to avoid sweating ” or “ it's to make less effort”.

Yes, an electric bike allows you to make less effort when you move with it, but if your daily journeys are less than 3 km, have little difference in height, and you are in good health, I would of course recommend a classic bike. rather than an electric. For many, the wallet is more than a few drops of sweat, and that's okay.

The real strength of an electric bike lies in being able to provide an alternative solution when the classic bike is not suitable.

Here are the main reasons that, in my opinion, totally justify opting for an electric bike rather than a classic bike:

1 - The distance travelled by E-bike

Let's start with the most obvious reason a person might choose an electric bike: distance.

Indeed, although a classic bike can often be suitable for journeys of less than 3km, or even 5 for the bravest, we must admit that beyond that, we can quickly be tempted to orient ourselves towards the car. or public transport.

Does your route to work look like this? Maybe opt for the electric bike ...

To illustrate this more clearly, let's take a few numbers.

At 28/ h, a 3km trip takes 6 minutes while a 10km trip would take around 21 minutes. Here, we assume that the average speed of a conventional bike (not a racing bike, therefore) and an average cyclist is about 15 km / h. And again, that is on the dish.

Now let's move on to the average speed you can expect on an electric bike. This is about 22 km / h.  At this speed, 3km takes only 8 minutes and 10km takes 27 minutes.

Obviously, the more the distance increases, the greater the difference in duration. It is therefore understandable that people with a trip of 7 or 10 kilometres are likely to prefer to make no effort and save time rather than pedalling for 30 or 40 minutes. And this, at least twice a day.

2 - Slopes and height differences on an electric bike You might be lucky enough to live in a city that is predominantly flat, but unfortunately, that's not the case for everyone.

In Queensland for example, where I live, this is what one of our most famous streets looks like.

Well, not all our streets are like that obviously, but for a lot of inhabitants, the slopes are part of everyday life. This is the main reason why cycling is not very successful in other countries, and that's a shame!

However, my small Brisbane town is far from being the only one in this situation. In many other towns, in Australia, climbs are one of the main brakes that discourage people from cycling.

The electric bike is therefore an excellent solution for all those cities with steep slopes because it allows you to travel effortlessly, even when it comes to climbing a hill at 10% incline. On a classic bike, you might as well tell you that it gets hot, even when you are trained.

Critics of the electric bike often forget to talk about health.

Yes, not everyone is a young cyclist who has a hell of a shape cut in 70 km of muscles.  Obesity remains a major public health problem. Australian is currently overweight, let's not forget!

However, obesity is far from the only health problem that can prevent someone from taking the bicycle for their travels. Smoking, cardiovascular problems, back pain, and many other health concerns can be reasons why some people prefer the car or public transport to the bicycle.

However, even if the electric bicycle reduces the physical efforts required to get around, it still requires some. Above all, it allows you to move and get some fresh air rather than sitting on a seat.

The electric bicycle, therefore, offers a great opportunity for many people with health problems. This will result in physical effort (admittedly reduced) and will significantly improve their health while moving.

5 - There is no age for cycling 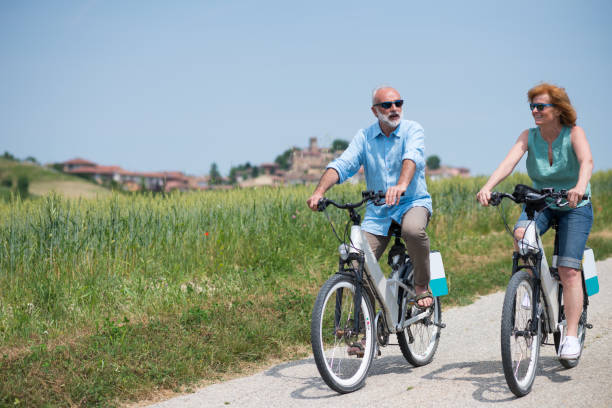 Even when you're in good health, you don't have long journeys to make and the city you're in doesn't have a lot of slopes, there is nothing to do, the age ends. always by catching up with us.

An aging population is not always ready to get out of the bike and pedal to get around.  Neither have the families of these people. When you're old, the slightest slope can turn out to be too difficult a mountain to climb, physically or psychologically.

So I think e-bikes are a great way for older people to get around the city because they require little effort and are easy to use. 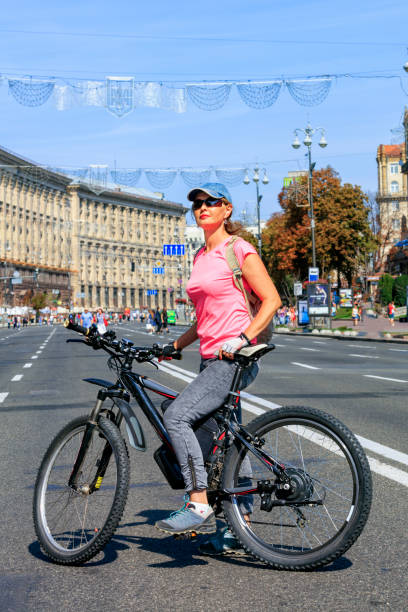 Despite a higher purchase cost than a traditional bicycle due to the technology to which it is linked, the electric bicycle is nevertheless an excellent way to make big savings when it is used to get to the city. for work or for trips that you usually use your car for.

Indeed, even without taking into account the costs related to the purchase loan, insurance, overhauls and repairs, a car costs travelled per km is  A$0.10 in gasoline alone.

However, still on average, an electric bicycle will cost only A$3 in electricity per 1000 kilometres travelled (0.003 A$ per kilometre !!) No comparison is possible because the gap is so large.

- 1000 kilometres travelled by electric bike = A$3 of recharging costs

The opportunity to participate in the fight for the protection of our planet. As batteries have a fairly long lifespan, their eventual replacement will not even tarnish this glaring difference.

Far from clichés, we must realize that the slightest effort counts in the balance: On average, a car emits 160 grams of CO2 per km travelled.

Leaving your car in the garage saves kilos, even tons of CO2, which is the main pollutant responsible for the greenhouse effect and the warming of our planet.

Using an electric bicycle does not produce CO2 and consumes very little electricity.

In addition, by using only a little electricity, you help not to dry up the planet's fossil fuel reserves without reason and you participate in energy savings.

Ready to adopt the electric bike? If in some cases it is completely possible to be satisfied with a classic bicycle, in others its use is quite simply impossible.